Color/Appearance: Unlike most other hardwoods, the sapwood of maple lumber is most commonly used rather than its heartwood. Sapwood color ranges from nearly white, to an off-white cream color, sometimes with a reddish or golden hue. The heartwood tends to be a darker reddish brown. Bigleaf maple is known for its (occasional) quilted grain patterns.

Rot Resistance: Being that the sapwood of maple is used, and not the heartwood, it is non-durable to perishable in regard to decay resistance.

Allergies/Toxicity: Bigleaf maple, along with other maples in the Acer genus have been reported to cause skin irritation, runny nose, and asthma-like respiratory effects. See the articles Wood Allergies and Toxicity and Wood Dust Safety for more information.

Comments: Bigleaf maple is appropriately named, as its leaves  (illustrated below) are the largest of any maple, commonly reaching an overall width of 6 to 12 inches (15-30 cm) across.

Bigleaf maple is a commercially important hardwood timber for the United States’ west coast, where it is virtually the only commercial maple species in the region. It is considered to be in the grouping of soft maples, and its wood is lighter, softer, and weaker than that of hard maple. For more information, please see the article on the Differences Between Hard Maple and Soft Maple.

Images: Drag the slider up/down to toggle between raw and finished wood. A special thanks to Adam Cottrill for providing the turned photo of this wood species. 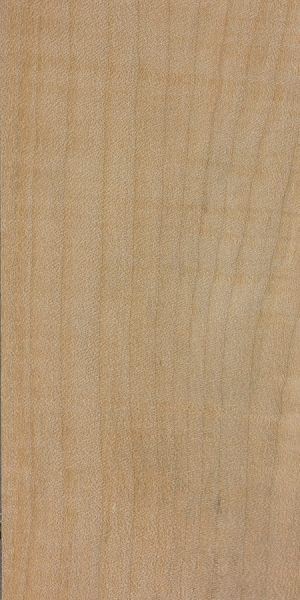 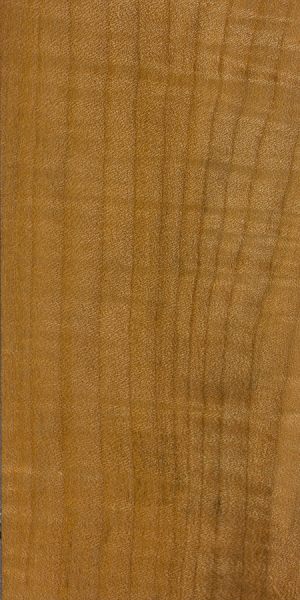 Lookalikes/Substitutes: Bigleaf maple is more or less indistinguishable from other soft maples such as red maple (Acer rubrum), however, it can usually be separated from hard maple (A. saccharum) not only on the basis of weight, but also ray width. Bigleaf maple tends to have more uniform medium-width rays, while hard maple has a greater range of wide and narrow rays.

That brings up a very relevant question: is there any place on the web for references on leaf/flower/general shape of any and all of these no doubt magnificent trees?
I have not found any so far.

Max, yes! If you live in the Pacific Northwest, specifically Oregon, this is a killer guide: https://oregonstate.edu/trees/dichotomous_key/index.html

I HIGHLY recommend this book by OSU. It is not a textbook, it’s a full color guide to tree ID. I keep it with me in my car wherever I travel. https://catalog.extension.oregonstate.edu/ec1450

Brenda, I agree it is probably not a big leaf maple leaf and suggest it could be Norway maple.

The color picture above is a probably a sugar maple leaf. As you can see by the (correct) drawing, bigleaf maple leaves are more deeply incised.