Botanical Designation: Not a distinct species of maple; considered a growth/grain anomaly. Occurs most often in soft maples, but is also seen much less often in hard maple. The highest grades of quilted figure occur primarily in  bigleaf maple (Acer macrophyllum).

Comments: Quilted maple is so named for its resemblance to patchwork patterns seen on fabric quilts. Much like birdseye maple, the figure on quilted maple becomes most pronounced when the board has been flatsawn, (which is the opposite of curly maple, which is accentuated through quartersawing). Alternate names and sub-categories for this type of figuring include blistered, curly-quilt, sausage-quilt, tubular-quilt, and angel-step.

There are varying grades of quilted maple, based upon the perceived depth of the quilt, as well as the purity of color of the wood itself (with a pure and uniform white being the most valuable). Quilted maple billets are often sold for extremely high prices for use as tops of electric guitars. They are frequently dyed in outlandish colors such as blue, green, or purple to give an “electric” effect to the grain pattern.

Images: Drag the slider up/down to toggle between raw and finished wood. (A special thanks to Steve Earis for providing a veneer sample for this wood figure.) 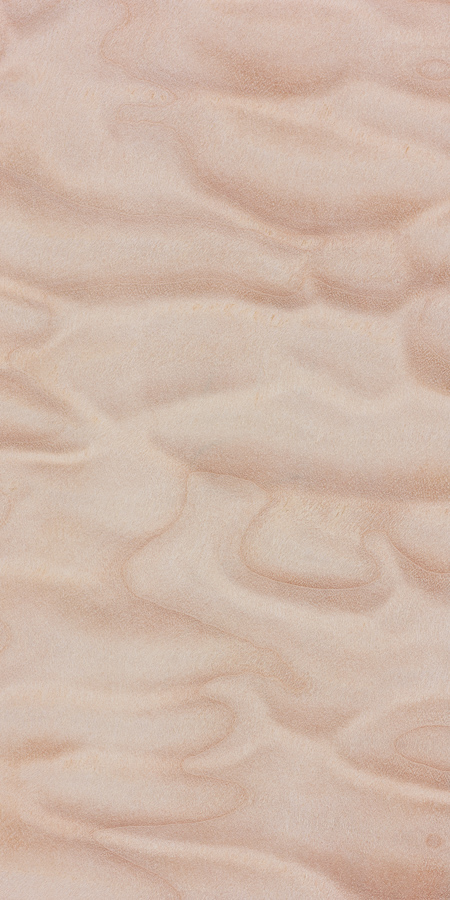 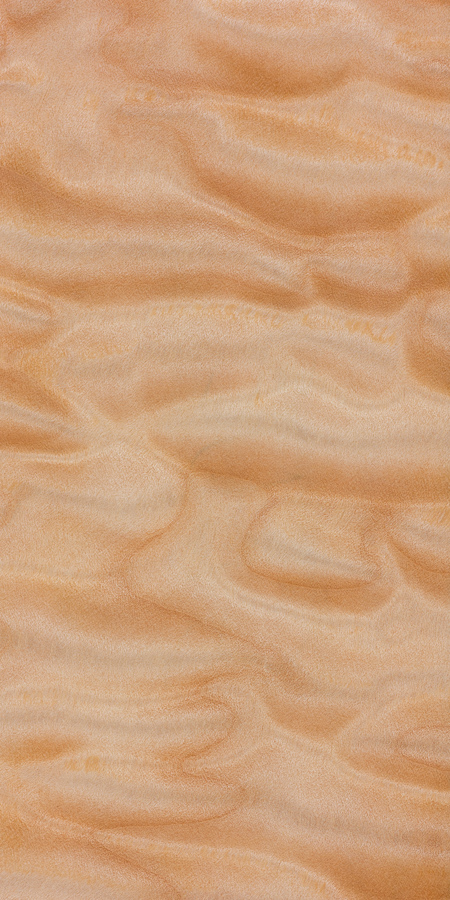 Identification: Since quilted maple is not a distinct species, the written information and images below are for bigleaf maple (Acer macrophyllum). See the article on Hardwood Anatomy for definitions of endgrain features.

Lookalikes/Substitutes: Bigleaf maple is more or less indistinguishable from other soft maples such as red maple (Acer rubrum), however, it can usually be separated from hard maple (A. saccharum) not only on the basis of weight, but also ray width. Bigleaf maple tends to have more uniform medium-width rays, while hard maple has a greater range of wide and narrow rays.

Here is an engrain photo. There seems to be some pitch streak which can be seen in the engrain and on the face grain. I didn’t think maple had pitch streaks

what kind of wood is this? from a old piano makers wood workbench with wooden vises. looks just like a christenson co. workbench from the late 1800s i believe. it was my grandfathers and i sanded and chemical stripped off the red barn paint to reveal this. Im thinking rock maple or black maple

I’m thinking this may be quilted maple, but not sure. Would anyone confirm or identify otherwise?

How rare is quilted maple? Is the whole tree quilted grain?

Not sure how far into the tree the figuring goes, but from my experience, it seems to be relatively localized in only one area of the board.

Good, quality quilted maple is definitely rarer than quality curly maple. I don’t know the precise numbers, but personally, I see much more curly maple than quilted, and when I do see quilted maple, it’s usually mediocre. The good stuff is worth a bundle.

I just planed a mystery board from Craigslist, the only label on it was “FIG” the guy I got it from thought it was a fig tree but I think this is some kind of quilted maple?

That is fiddle back maple
Probably from the eastern United States