Ash Wood: Black, White, and Everything in Between

Among the most common species of ash that are seen commercially, some basic divisions can be made; the first is between White Ash (Fraxinus americana) and Black Ash (Fraxinus nigra). White Ash tends to have a lighter heartwood color, and wider spaced growth rings. By contrast, the heartwood color of Black Ash tends to be slightly darker, and the growth rings are typically much closer together.

Additionally, White Ash tends to have winged parenchyma connecting the outermost latewood pores, while this latewood connectivity is largely absent from Black Ash (see below).

Although Black Ash can be separated from White Ash on the basis of macroscopic anatomy, many other species of ash cannot, and they share the same traits as White Ash. These indistinguishable species include: European Ash (Fraxinus excelsior), Oregon Ash (F. latifolia), and Green Ash (F. pennsylvanica). In many instances, knowing the geographic source of the wood will help differentiate these species, (with the exception of Green Ash, which has a natural range that largely overlaps that of White Ash). One variant of ash is Olive Ash (and its burl veneer), which does not refer to any specific species of ash, but instead is in reference to the darker, streaked heartwood found in some Ash trees, which tends to resemble the heartwood of olive trees in the Olea genus, and both genera are in the Oleaceæ family. Far and away, most commercial Olive Ash occurs as European Ash (Fraxinus excelsior), and is typically imported from Europe.

Perhaps the most common ash look-alike is Sassafras (Sassafras albidum). When viewed from the face grain, the wood bears a strong resemblance to Black Ash, closely matching its color and grain pattern. Even its light weight (31 lbs/ft3 average) closely matches the density of Black Ash (34 lbs/ft3 average). However, the x-factor is the scent of the wood: Sassafras has a very distinct, root-beer-like scent that is hard to confuse.

A couple of other ash look-alikes are Catalpa (Catalpa speciosa) and Hackberry (Celtis occidentalis). Catalpa tends to have wider spaced growth rings than Black Ash, and at only 29 lbs/ft3 average dried weight, is rather light and soft. Hackberry’s 37 lbs/ft3 average weight closely coincides with most species of ash, but when considered anatomically, the latewood pores are arranged in wavy tangential bands, bearing a close similarity to elms (Ulmus spp.), particularly soft elms such as Red Elm (Ulmus rubra).

No mention of Japanese “sen”.

Sen was a popular wood in the 70s for kitchens. It was sometimes mislabeled as ash but it is clearly different in color and grain.

I find wood prices as good as the use of smart furniture or veneer, and my country imports a lot from Russia and the United States.

American White Ash is my absolute favourite timber and floor that we produce…availability / stocks are dwindling though and many of our clients are unaware that this beautiful timber is very precious and not a finite resource…. 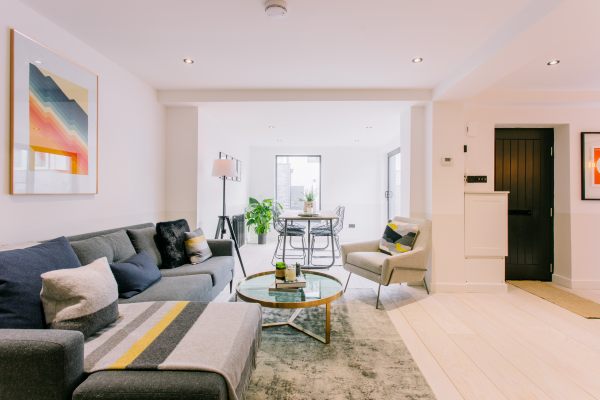 I just dropped a half a hundred mature white ash trees in a frozen swamp over the past three months… and I’ve taken the third month off!…! [there ready for the portable sawmill]

Catalpa also has a strong oil-like odor for a few years after cutting green. I’ve burned scraps of it in a wood stove and the smoke has the same odor. If you happen to get a piece with pith, it is much larger than the pith of ash.

Hackberry (at least Celtis occidentalis — I have no experience with C. laevigata, sugarberry, southern hackberry) also has a odor for 2-3 years after cutting green. It is unpleasant, but I do not know how to describe it.

I am turning an 18 ” diameter slice of what looks like ash but has no distinct odor. Is it possible that it is ash?