Comments: Called birdseye maple (sometimes written out as bird’s eye) because the tiny knots in the grain resemble small bird’s eyes. The figure is reportedly caused by unfavorable growing conditions for the tree. The tree attempts to start numerous new buds to get more sunlight, but with poor growing conditions the new shoots are aborted, and afterward a number of tiny knots remain.

Birdseye maple is frequently sold in veneer form, but solid lumber is available as well. Being tiny knots, the birdseye figure is most noticeable and pronounced on flatsawn pieces of lumber. For more information on strength and working characteristics, see the full article on hard maple (Acer saccharum).

Images: Drag the slider up/down to toggle between raw and finished wood. The video linked below shows birdseye figure in maple as well as a handful of other woods to illustrate that birdseye is not always a growth form that belongs exclusively to maple. A special thanks to Ben Vaterlaus for providing the picture of the turned pen. 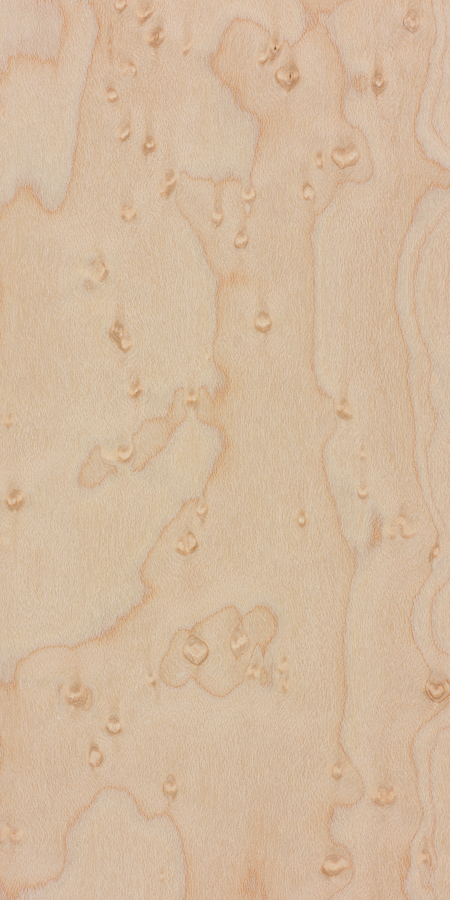 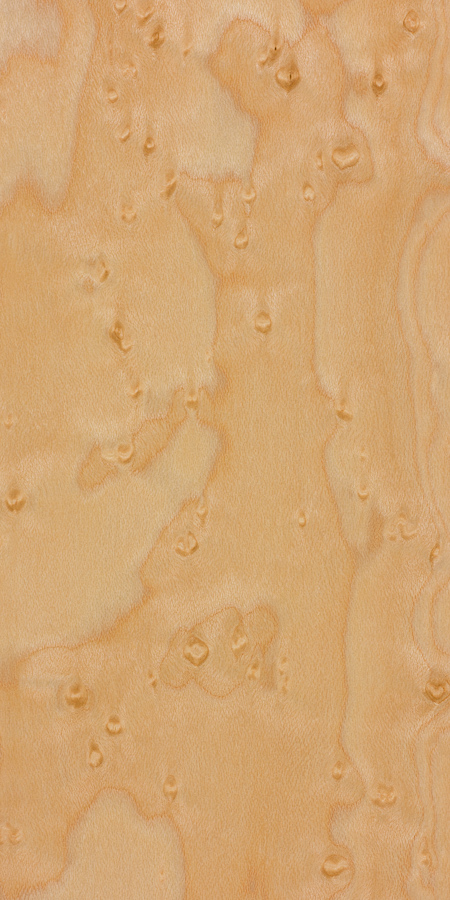 Identification: Since birdseye maple is not a distinct species, the written information below is for hard maple (Acer saccharum), though the endgrain images show a sample with birdseye figure for reference. See the article on Hardwood Anatomy for definitions of endgrain features.

Porosity: diffuse porous Arrangement: solitary and radial multiples Vessels: small to medium; moderately numerous to numerous Parenchyma: banded (marginal) Rays: both narrow and wide; normal spacing Lookalikes/Substitutes: Sometimes confused with species of soft maple, hard maple can sometimes be differentiated on the basis of weight, where hard maple is markedly heavier than some lighter species such as silver maple (Acer saccharinum). Also, hard maple has a greater diversity of ray widths when looking at the endgrain (ranging from narrow to wide rays), while most other maples native to North America have more uniform medium-width rays. See the article on telling hard and soft maple apart for more information, including chemical testing. Notes: None.

Is this birds eye maple? it is from a soft maple.

Is this a veneer?

Because birdseye is so sought after, the logs with birdseye figure are often made into veneer. However, some logs are processed into lumber, as well. Generally speaking, the highest quality birdseye logs end up as veneers. Sometimes this presents a problem when woodworkers need lumber figure to match a veneer figure.

Is there such a thing as a law against cutting down a Birdseye maple tree?? And, what might used Birdseye maple flooring (in, say, good shape) be worth?

As long as it’s on your property or you have permission to cut it down, there are no restrictions on logging Birdseye Maple aka Hard Maple. If you have Birdseye floorboards in good shape then you should be able price similar to lumberyard prices, or maybe even higher. The more birds eyes the better and pricier, usually. Luthiers (guitar builders) love the stuff.

Is there such a thing as a law against cutting down a Birdseye maple tree? And, what might used Birdseye maple flooring be worth (in, say, “good” shape)?

What type of maple are basketball courts made of

My fiance is interested in getting his wedding band with grey birdseye maple. Does anyone know the durability of this type of wood?

Do any of the maple species that grow in the Pacific Northwest develop birdseyes?

my birdseye maple is dull. it does not have a glossy finish like my birdseye armoires. can I put a furniture oil on it?

If it’s your floor you trying to shine, please don’t use oil. That will cause a contamination with any future floor finish. Your birdseye floor can be buffed & coated with a glossier sheen. A good cleaner like Bona floor care may help too.

Would this also be birdseye maple? It looks very similar except it has dark spots throughout, which I have not noticed in Birdseye maple. 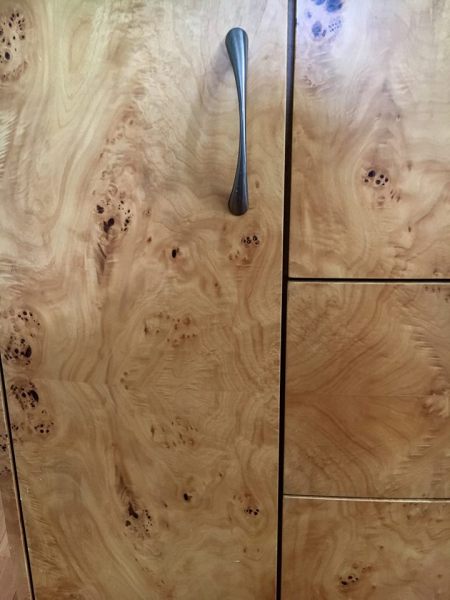 That’s not birdseye maple. It looks more like a burl. If I had to guess, it looks most like mappa burl, which is technically the burl from black poplar. https://www.wood-database.com/black-poplar/

I acquired a large slab of maple, it has sharp knobby protrusions all around the bark side, it’s punky in the middle, rotting. I think it’s a Maple Burl wood, the grain is beautiful, maybe a tiger maple ?

Hi Kelly – that sounds to me like it might be Big Leaf Maple. It will have more reddish color than Hard Maple or Soft Maple, and a lot of character in the grain. Big Leaf Maple grows in the Pacific Northwest, unlike the other varieties, which are more commonly found in the Eastern US and Canada. Here’s a picture of a table I made with Big Leaf Maple.

Hi, wondering if you can help me identify this wood? I’m thinking it’s birds eye maple, but I’m not 100% sure. The table is at least 65 years old. I recently inherited this table from my late grandmother, it had about 10 layers of paint/varnish on it. I used Circa1850 paint remover today and (after lots if elbow grease) this lovely grain was revealed! 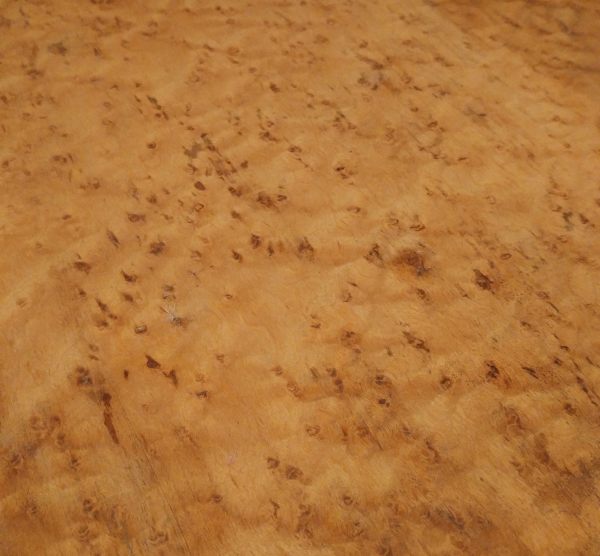 I agree that birdseye maple is the most probable candidate.