Botanical Designation: Not a distinct species of maple. Curly maple is considered a grain pattern that can be found in nearly all Acer species.

Comments: Called curly maple because the ripples in the grain pattern create a three dimensional effect that appears as if the grain has “curled” along the length of the board. It’s also referred to as fiddleback maple, in reference to its historic use for the backs and sides of violins.

Curly maple figuring is similar to quilted maple, but curl is a primarily horizontal pattern perpendicular to the wood grain. Unlike quilted maple, curly maple is most pronounced when the board is quartersawn, and the curls usually become much less pronounced or absent in flatsawn sections of boards. It is not completely clear what environmental conditions (if any) cause this phenomenon, but there are different grades of curly maple, which greatly affect its price.

Generally the criteria for determining value is based upon:

Prices can range from just slightly more expensive than regular maple for lower grades of curly maple, to many, many times higher for prices of the highest grades. However, curly maple tends to be one of the most economical hardwoods when compared to other figured woods. 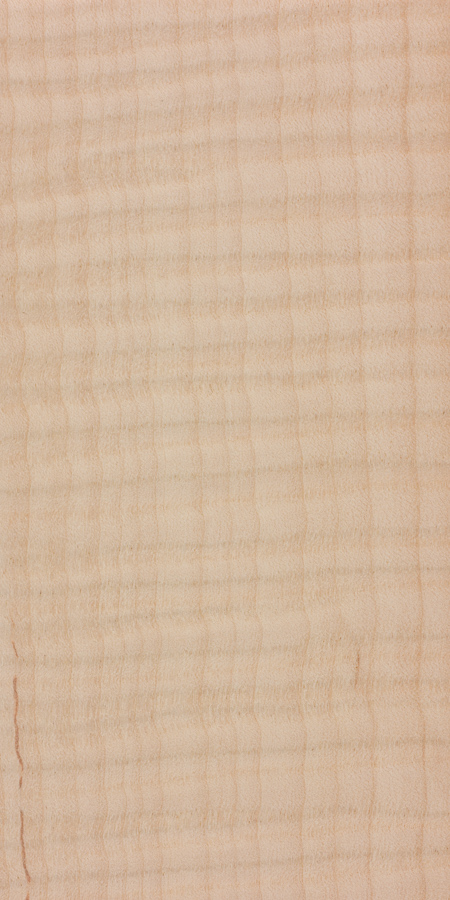 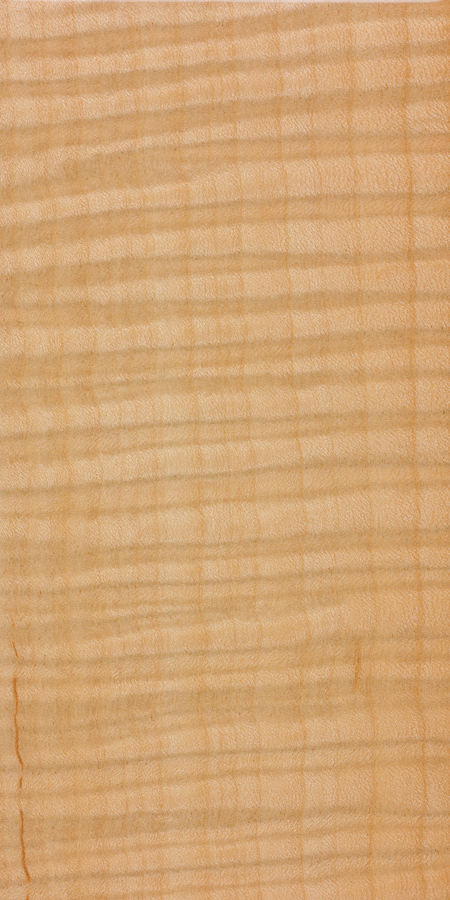 Identification: Since curly maple is not a distinct species, the written information and images below are for red maple (Acer rubrum). See the article on Hardwood Anatomy for definitions of endgrain features.

Used curly maple for the white stripes in my American Flag bar (Padauk (red) Black Limba (frame) ) and it turned out beautiful!!!! Easy to work with once finished looks amazing. ???

I just received two large logs in a three truckload shipment that are really currley! I cut the smaller one yesterday but can’t get to the other yet. The hardwood is gone! Completely gone but I was able to get four 8/4 x13,15, and 16″ slabs and several 4/4 boards. Some of those are all sapwood too! I can’t wait to get these dry!

Thanks for your work! My wife got your hardback book for me for Christmas last year. Nice!

Absolutely. I have seen the same thing. It does break (or more correctly, grow) along the curly and tiger cross-grain lines, and these do have physical features regarding strength. Examining it under the microscope also shows this.

I once read a book about violin making that conjectured that curly maple was originally used because this wood was rejected by furniture makers as being too weak / inferior, and the luthiers were able to get this wood on a budget.