Color/Appearance: Unlike most other hardwoods, the sapwood of hard maple lumber is most commonly used rather than its heartwood. Sapwood color ranges from nearly white, to an off-white cream color, sometimes with a reddish or golden hue. The heartwood tends to be a darker reddish brown. Birdseye maple is a figure found most commonly in hard maple, though it’s also found less frequently in other species. Hard maple can also be seen with curly or quilted grain patterns.

Workability: Fairly easy to work with both hand and machine tools, though slightly more difficult than soft maple due to hard maple’s higher density. Maple has a tendency to burn when being machined with high-speed cutters such as in a router. Turns, glues, and finishes well, though blotches can occur when staining, and a pre-conditioner, gel stain, or toner may be necessary to get an even color.

Allergies/Toxicity: Hard maple, along with other maples in the Acer genus have been reported to cause skin irritation, runny nose, and asthma-like respiratory effects. See the articles Wood Allergies and Toxicity and Wood Dust Safety for more information.

Pricing/Availability: Should be moderately priced, though slightly more expensive than soft maple. Also, figured pieces such as birdseye, curl, or quilt are likely to be much more expensive.

Comments: In tree form, hard maple is usually referred to as sugar maple, and is the tree most often tapped for maple syrup. Sugar maple’s leaves (pictured below) are the shape that most people associate with maple leaves; they typically have either 5 or 7 lobes, with vivid autumn coloring ranging from yellow to purplish red.

Hard maple ought to be considered the king of the Acer genus. Its wood is stronger, stiffer, harder, and denser than all of the other species of maple commercially available in lumber form. (It’s also the state tree in four different states in the US.) For more information, please see the article on the Differences Between Hard Maple and Soft Maple.

Images: Drag the slider up/down to toggle between raw and finished wood. (A special thanks to Steve Earis for providing the wood sample (burl) of this wood species.) 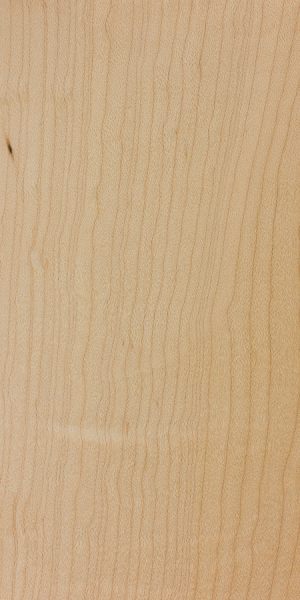 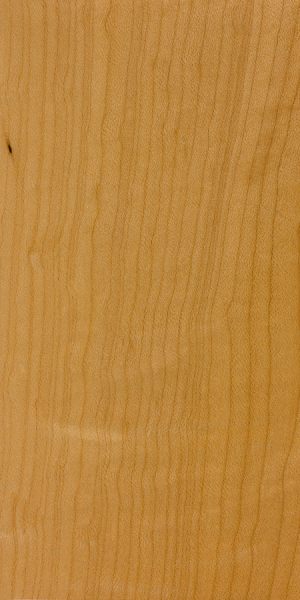 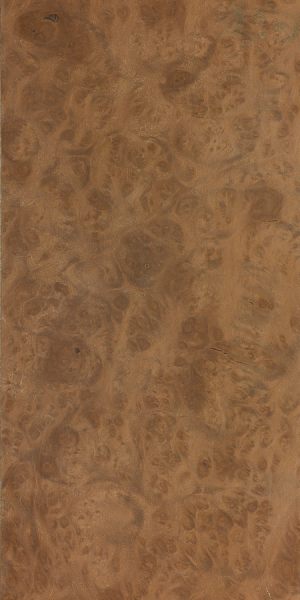 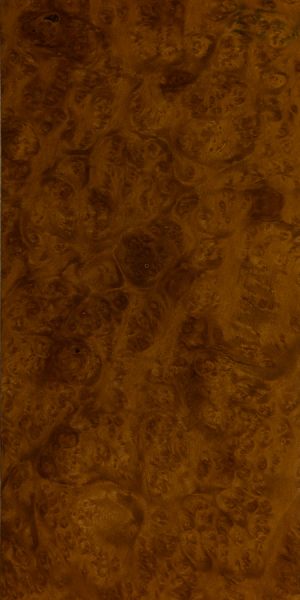 Lookalikes/Substitutes: Sometimes confused with species of soft maple, hard maple can sometimes be differentiated on the basis of weight, where hard maple is markedly heavier than some lighter species such as silver maple (Acer saccharinum). Also, hard maple has a greater diversity of ray widths when looking at the endgrain (ranging from narrow to wide rays), while most other maples native to North America have more uniform medium-width rays. See the article on telling hard and soft maple apart for more information, including chemical testing.

I have a Maple Burl flute made by Brent Haines of Woodsounds. It is the most beautiful looking and sounding thing.

No drum stick comments that makes me sad

Sugar Maple is perfect wood for your staff. They make baseball bats out of it.
You could also try wood burning for effect.

I want to make a decorative staff of black wood and white wood that can be carved and fashioned. Not merely cut. Of course, whatever woods I use must be worked into the shape of a staff. I’d also like to incorporate stone inlays and designs via a Dremel tool. Finally, I’ll want to coat the staff with polyurethane so that it stands up to knocks, bumps, hand oil, and dirt as it will be occasionally used. Are mpingo and hard maple suitable for such a staff?

“hard” maple, the concept of wood hardness here in south america is so different, quebracho wood is tree+ times harder than this “hard” maple.

That’s because you have Cocobolo, Verawood, Lignum Vitae, etc.

That’s because you have Cocobolo, Verawood, Lignum Vitae, etc. down there

The tropical woods are also considerably more brittle as well though. Hard Maple is very strong in tension and will bend and bow with ease without breaking.

Hi Jean, I don’t know if you’ll read this response, but just in case… I am a guitar builder and have refinished guitar tops before. I also need to refinish a dining room table fairly soon. Rather than sanding which is messy (dusty – with finish dust that is likely more toxic to lungs than just wood dust), my tool of choice is a rectangular hand scraper (aka: cabinet scraper – Lee Valley carries sets of these). Skilled use of this tool means you can scrape once and begin to refinish, compared to sanding where you’d have to use a… Read more »

Hi Ned, I’ve worked with a hardwax oil that is VOC-free, only takes 1 coat, has tons of colors, and only cures/dries to wood fibers. It’s called Rubio Monocoat. Looks pretty expensive off the bat but it only takes one coat and has a great spread rate. It’s easy to spot repair too which is really nice. Anyways, check it out.

I purchased a hard rock maple dining room talbe about 20 years ago. It is time to refinish the table top. Any tips on how to do this & what products to use? Any help would be appreciated. thanks in advance.