Color/Appearance: Heartwood tends to be light to medium brown, with a reddish hue; sapwood is a paler yellowish brown. Boards with contrasting heartwood and sapwood create a somewhat rustic appearance that’s sometimes marketed as Calico Hickory.

Grain/Texture: Grain is usually straight, though occasionally wavy, with a medium texture.

Rot Resistance: Considered to be non-durable to perishable regarding heartwood decay, and also very susceptible to insect attack.

Workability: Difficult to work, with tearout being common during machining operations if cutting edges are not kept sharp; the wood tends to blunt cutting edges. Glues, stains, and finishes well. Responds well to steam bending.

Allergies/Toxicity: Besides the standard health risks associated with any type of wood dust, no further health reactions have been associated with Shagbark Hickory. See the articles Wood Allergies and Toxicity and Wood Dust Safety for more information.

Pricing/Availability: Various species of Hickory and Pecan (Carya genus) are typically mixed together and simply sold as Hickory. Prices are usually in the low to mid range, depending upon local availability. Hickory  prices should compare similarly to other utility hardwoods such as Red Oak or Soft Maple.

Comments: Hickory is among the hardest and strongest of woods native to the United States. On average, Hickory is denser, stiffer, and harder than either White Oak or Hard Maple. The wood is commonly used where strength or shock-resistance is important.

Shagbark Hickory falls into the True-Hickory grouping, and is considered to be a ring-porous wood. The strength characteristics of Hickory are influenced considerably by the spacing of its growth rings. In general, wood from faster-growing trees, with wider spaced growth rings, tends to be harder, heavier, and stronger than wood from slower-growing trees that have rings which are closer together.

In addition to strength and hardness applications, the wood of Carya species also has a very high thermal energy content when burned, and is sometimes used as fuelwood for wood stoves. Additionally, Hickory is also used as charcoal in cooking meat, with the smoke imparting additional flavor to the food.

Scans/Pictures: A special thanks to Salem Barker for providing the sculpture photo of this wood species.

Hi Guys. I am new to wood turning and after a couple of projects wanted to turn a mallet out of hickory. I got some hickory but when I got about a half inch into it I found a lot of small (1/16 inch) holes inside. Are those insect holes or can anybody tell me what it is and is the wood still durable as a mallet.

In regards to your question: yes and most probably yes, unless the face of the mallet looks like swiss cheese, then you may want to ditch that piece. Good luck with the mallet!

Does hickory bleed any color when it gets wet? Thinking of using some for livestock bedding.

I have burned many types of wood in small hiking / survival wood stoves. (I am the inventor of Siege Stoves.) Photinia is perhaps the best! It is an extremely dense almost white wood, harder and stronger than oak. I would like to find out if photinia is stronger than hickory –I suspect that it is. Hickory does not grow where I live (California foothills). Would anyone be so kind as to mail me (3) one inch diameter pieces about (2) feet long? I would like to perform break strength tests on them in comparison to photinia. Thanks, Ken Young… Read more »

I have created a whole-tree frame of shagbark hickory for our great room. I felled the trees and peeled the bark in April. On the surface of the sapwood are ripples (small ridges and valleys) running parallel with the tree. The sapwood has a natural glow with no finish applied. Is there a name for these ripples? Can you explain their purpose or function? Thanks, John

Thanks Eric, The ripples in your photos is in the grain of the wood. I am inquiring about ripples on the vascular cambium layer. Here is a picture of the room. I have no detail photo of the ripples. 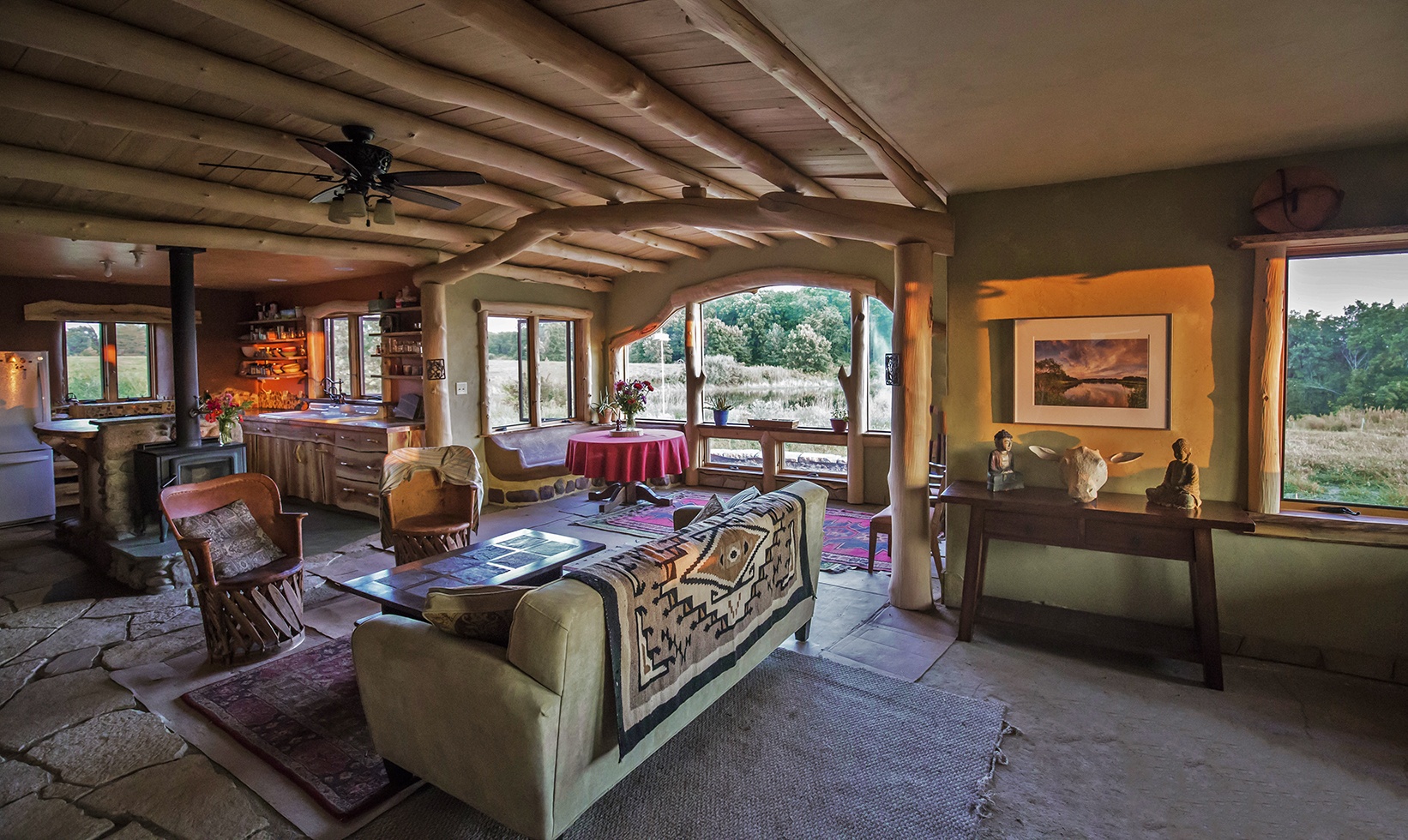 Do you have a picture of the ripples?

Eric — These ripples on the surface of the sapwood are visible as soon as the bark is removed. The limb in this photo was cut and debarked 6 years ago. It has no finish material applied (varnish), just a natural sheen. jf 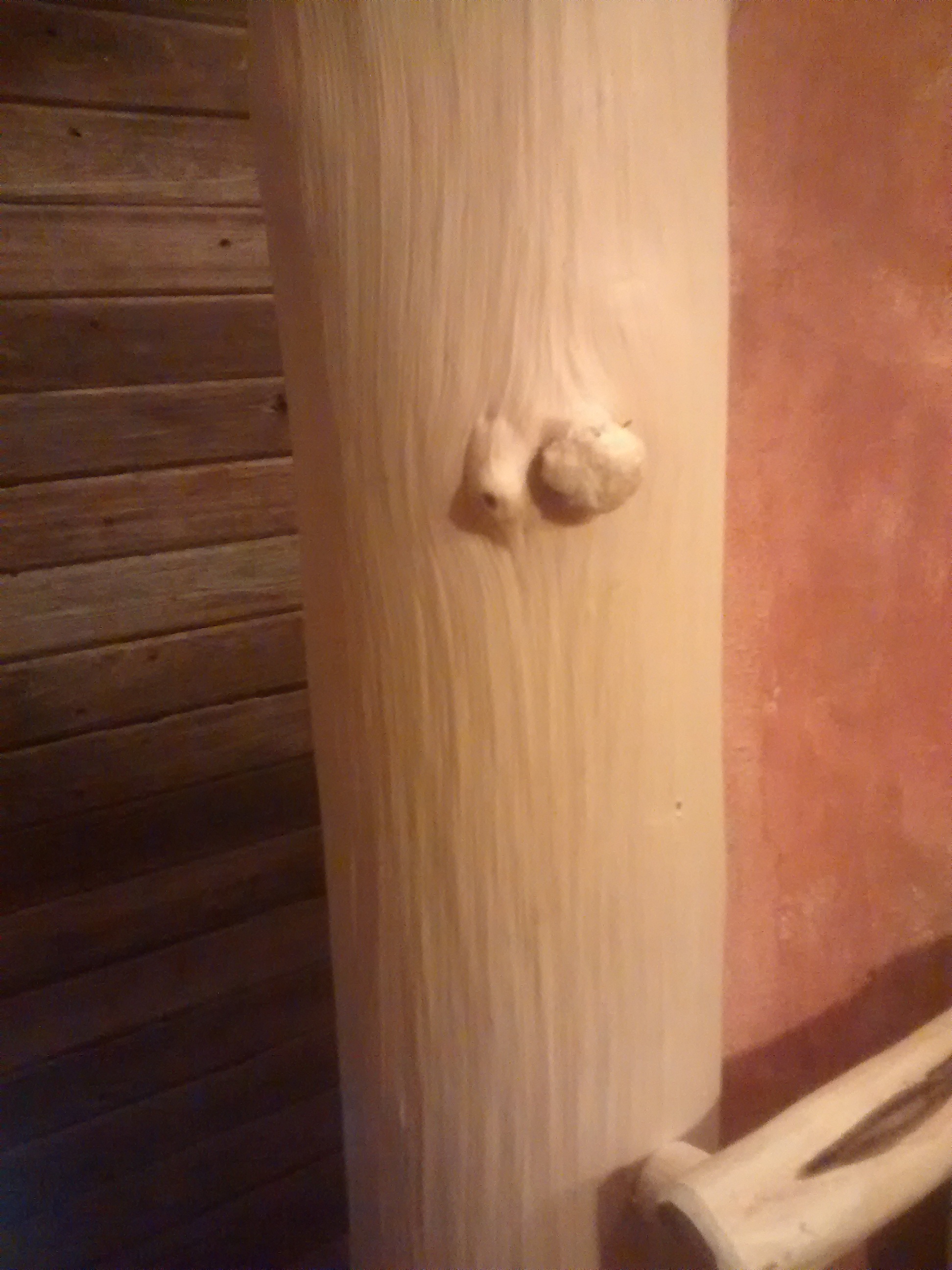 I see. Haven’t seen such a phenomenon before, though I will say that the vast majority of the wood that I see has been sawn into boards, so that may not be saying much. Sorry!

Thanks for taking a look. In a few places in our house, one can see larger, vertical ripples. These are too challenging to photograph. Kind regard, Jf

Ralph A Borelli
Reply to  ejmeier

I have some citrus just like that. I’ll get a photo right quick 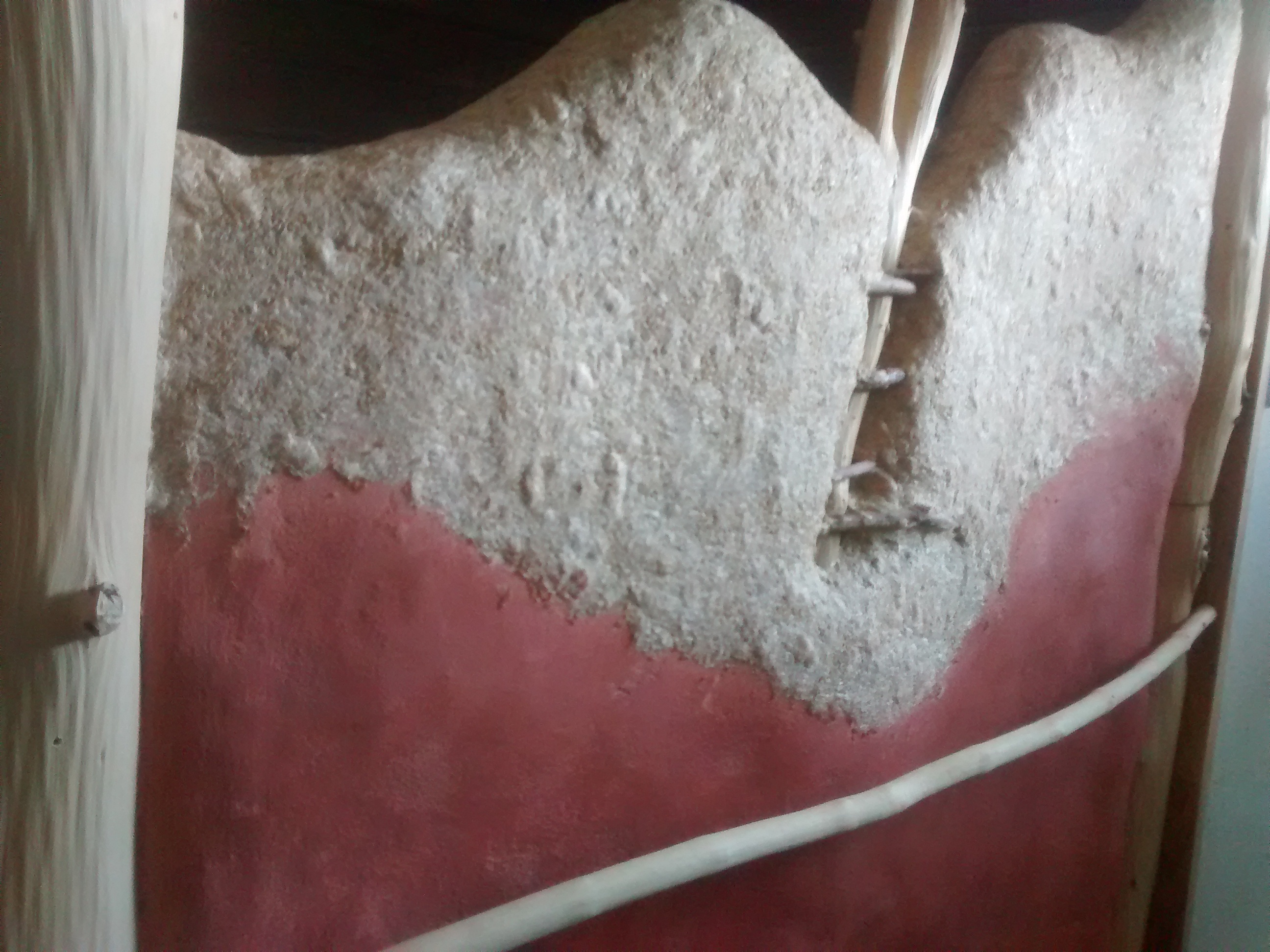 There is a lot of conflicting information regarding the properties of hickory heartwood vs sapwood, especially in use for impact tools like bokkens in martial arts (wooden swords for paired training). Looking for highest tensile strength, so that the wood withstands strong impacts along the grain, is there a difference between heartwood and sapwood in True Hickory Group woods?

“The strength characteristics of Hickory are influenced considerably by the spacing of its growth rings. In general, wood from FASTER-growing trees, with WIDER spaced growth rings, tends to be harder, heavier, and stronger than wood from SLOWER-growing trees that have rings which are CLOSER together.”

Not a typo. It does seem counterintuitive, and slower growing trees that are diffuse porous, as well as softwoods, are all stronger when grown slower. But it’s not the case with ring porous woods — or at least ring porous woods that have very large open pores like hickory, oak, or ash.

Thanks, Eric. That makes a lot more sense now! I appreciate the response.