Color/Appearance: Wide sapwood is pale tan color, with narrow heartwood being reddish brown, resembling maple (Acer genus). Pith flecks are common and can appear as small, irregularly-spaced, dark streaks on the facegrain of the wood.

Grain/Texture: Grain is straight, with a fine, uniform texture and moderate natural luster.

Rot Resistance: No data available. Since most of the wood is composed of sapwood, which is always perishable, it should be considered unsuitable for exterior applications.

Workability: No data available, though it is probably comparable to  the good working characteristics found in species of hawthorn (Crataegus genus), to which serviceberry is closely related.

Allergies/Toxicity: Besides the standard health risks associated with any type of wood dust, no further health reactions have been associated with serviceberry. See the articles Wood Allergies and Toxicity and Wood Dust Safety for more information.

Pricing/Availability: Because of the small size of the tree, serviceberry is not a commercial species. Any pieces available would be a specialist or hobbyist application.

Comments: Usually occurring as a shrub or small tree, Amelanchier species are also called juneberry in North America—a reference to the early blooming and fruiting of the trees.

Despite the small size of the trees, the wood itself is heavy and hard—if appropriately sized material is available, serviceberry could make a good substitute for other interior woods like hard maple (Acer saccharum) or yellow birch (Betula alleghaniensis). 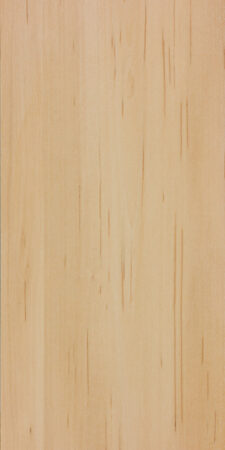 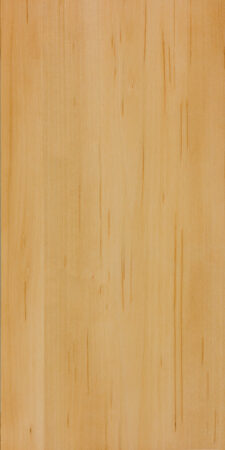 Lookalikes/Substitutes: The sapwood can resemble other light colored, diffuse porous, temperate species such as birch, maple, or even hornbeam. Botanically, it’s most closely related to hawthorn (Crataegus genus) and rowan (Sorbus genus)—all from the rose (Rosaceae) family.

Notes: Serviceberry has a peculiar anatomical feature that has been compared to pith fleck. Essentially, the pith-fleck-like elements are clusters of parenchyma cells that occur at irregular intervals in the wood and look similar to ray fleck on the face grain (see picture of Amelanchier arborea facegrain with pith flecks). However, when viewed on the endgrain, they do not resemble any other common element in hardwood anatomy and appear as irregular clusters (see picture of A. arborea endgrain).

Ive found a few nice chunks my dad added had as firewood, and sawed some into small boards. Gorgeous heartwood, one of my favorite woods. I love the pith flakes.

I agree Tom great wood With great fibers for cordage it’s the only hardwood that grows around me since I moved. I have a straight piece of it that’s about 4 feet long that I plan on making a short bow with. I don’t know if this is just me but serviceberry bark when freshly cut smells like lady bugs or just something really bitter.