Color/Appearance: Color can be highly variable depending upon the species: ranging from a pale straw color, to a darker reddish brown.

Grain/Texture: Has a coarse texture with medium to large pores. Grain is sometimes interlocked.

Rot Resistance: Highly variable among species; should be considered as non-durable in regard to decay resistance, and is also susceptible to insect attack.

Workability: Typically hard to work, due to its high density. Some species may have a slight blunting effect on tools due to small levels of silica present in the wood. Glues, stains, and finishes well.

Allergies/Toxicity: Although severe reactions are quite uncommon, Balau in the Shorea genus has been reported to cause eye, throat, and skin irritation. See the articles Wood Allergies and Toxicity and Wood Dust Safety for more information.

Pricing/Availability: Balau is widely harvested and widely available worldwide. It should be moderately priced despite the fact that it is imported.

Sustainability: Balau is not listed in the CITES Appendices, but many species in the Shorea genus are on the IUCN Red List. The majority of Shorea species are listed as being critically endangered due to a population reduction of over 80% in the past three generations, caused by a decline in its natural range, and exploitation.

Common Uses: Plywood,veneer, general construction, flooring, as well as a number of other general utility purposes.

Comments: Sometimes referred to as “Lauan,” wood in the Shorea genus is very commonly used in southeast Asia, and there is an abundance of variety between the difference species: each with different working properties, appearances, and mechanical strength values.

The five main groupings for Meranti (Lauan) are: Light Red Meranti, Dark Red Meranti, White Meranti, Yellow Meranti, and Balau. The strength and mechanical values listed at the top of this page represent the average of a handful of species within the corresponding group.

Also called Philippine Mahogany, Meranti bears no relation to  what is considered to be “true” mahogany in the Swietenia and Khaya genera.

Scans/Pictures: There are currently no pictures of this exact wood species, but a similar species within the Shorea genus is being substituted (Light Red Meranti). If you’d like to contribute a wood sample of this specific species to be scanned, (even small pieces of veneer can be sent), please use the contact form.

Hi our decking is warped can red balau be sanded? If so what grade of sandpaper can we use?

Hi Pedro, you can sand them using 120 grit, then finish up with 240 grit sandpaper. Apply teak oil afterwards to preserve the glow of the wood. Reapply every 3 months or as frequently as needed.

I want to use Balau for outdoor decking in UAE, any advice?

One of the most suitable wood for outdoor decking. However the question is how to you make sure you are getting the genuine Balau timber not other imitation timber?

Could you use this wood to make a bookcase indoors?

CYRUS.Thanks for the information, 4 Yorkshire sliding sashes made of yellow balau, should they be wood preserved before oiling? North Lincolnshire England thanks dave.

I have serious doubt about the durability of Red Balau. It is basically a meranti or lauan which are used primarily as veneer for plywood. It is not a class 1 wood but class 3 which is not recommended for outdoor use.. It is kinda of a shame that distributors of Red Lauan represents this wood as durable.

I have a balau deck around my pool.Over the years(approx.5 years) the deck has dried out and splintered.It is very dangerous if you walk on it bare feet.Any suggestions how i can solve the peoblem?

Do some sanding, apply another layers of coating will do. Can last for another 5 years

Hey everyone. I had some Red Balau (from Batu, sold as decking material) that I made into an end grain cutting board. The whole process was an experiment, but the product came out really awesome. Does anyone know if Red Balau is safe to put food on after I do the normal cutting board things (wash, condition, oil, etc)?

This is not from batu, but country origin is indonesian, nova (america) was bough from here, so many type woods like this, such as bangkirai, 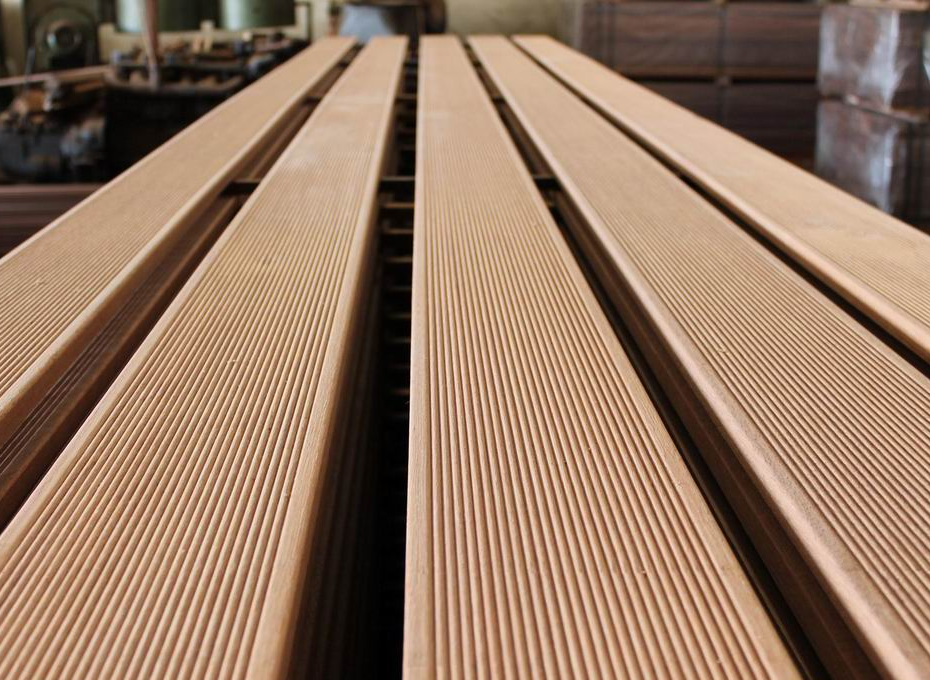 what is the other alternative for red balau? Can i use red meranti?

Hi Maya. In South Africa we get largely yellow balau which is of good quality. What we get here that is called red balau is inferior quality. I’ve used it a few times in outdoor wooden decks here in Durban and it is more porous and softer than our yellow balau. https://blog.thewoodjoint.co.za

Is Jakarta a region where this wood is grown or is it the actual wood?

Pretty sure that’s just where the wood was sourced. “Shorea” is a genus of trees that contains many species listed by the IUCN as being critically endangered, so hopefully when they claim it is “sustainable” that claim is genuine.

I am haing some cracking in some doors i made with a yellow balau core and a 1/8″ thick face veneer of yellow balau. The faces are cracking lengthwise. Why would this happen to kiln dried wood

Hi JJ. Balau is a very oily and resinous wood so even though it has been kiln dried it still contains a fair amount of resins and oils. As this dries out over time it can cause cracking especially in such a thin veneer. Possibly also because the veneer is stuck to the carcass of the door it is prohibited from expanding and contracting. I’ve noticed a fair amount of expansion and contraction in balau. I made T & G floor boards which didn’t work well as they contracted quite a lot after we installed them. Balau doesn’t like to… Read more »

I wouldn’t coat it with anything. Coatings can peel and flake, oil can’t. https://blog.thewoodjoint.co.za

does the bacteria and do the insects this wood is prized by live in north America? It seems to me the climate change could preclude your assertions? can anyone in the US confirm having a rotten or insect eaten red balau deck?

I don’t get it, they are saying Red Balau is the same as Philippine mahogany or Luan. I started my young life as a boat builder and I know my woods and I have bought lots of Luan but this stuff is nothing like luan at all, first off it’s ten times as dense. You can drive nails through luan, but this stuff forget it. You must drill every hole. It’s an entirely different wood.

can I coat balau wood with poly

to preserve the natural wood grains, I recommend using linseed oil, teak oil or mineral oil instead because this is a very tough and durable wood and unless you are dealing with very harsh conditions, there is no need to take away some of its natural beauties by using polyurethane, use oils instead, otherwise you can use poly on anything