Color/Appearance: Heartwood ranges from golden yellow to darker reddish brown. Parenchyma bands of varying thickness give an subtle, jagged and streaked appearance. (As the parenchyma is lighter in color, the wider the bands, the lighter the overall color of the wood, in general.) Narrow sapwood is a grayish yellow, and is clearly demarcated from the heartwood.

Workability: Generally easy to work, though interlocked grain can cause tearout during surfacing operations. Glues, turns, and finishes well.

Allergies/Toxicity: Although severe reactions are quite uncommon, partridgewood has been reported to cause skin irritation, as well as hives and coughing. See the articles Wood Allergies and Toxicity and Wood Dust Safety for more information.

Pricing/Availability: Not commonly available; smaller craft lumber or turning blanks are occasionally available. Expect prices to be in the mid-range for an imported hardwood.

Comments: Partridgewood gets its name from the grain of the wood, which, due to its very wide, contrasting parenchyma bands, resembles the wing of a partridge. In tree form, this species is known more commonly as angelim or cabbagebark. 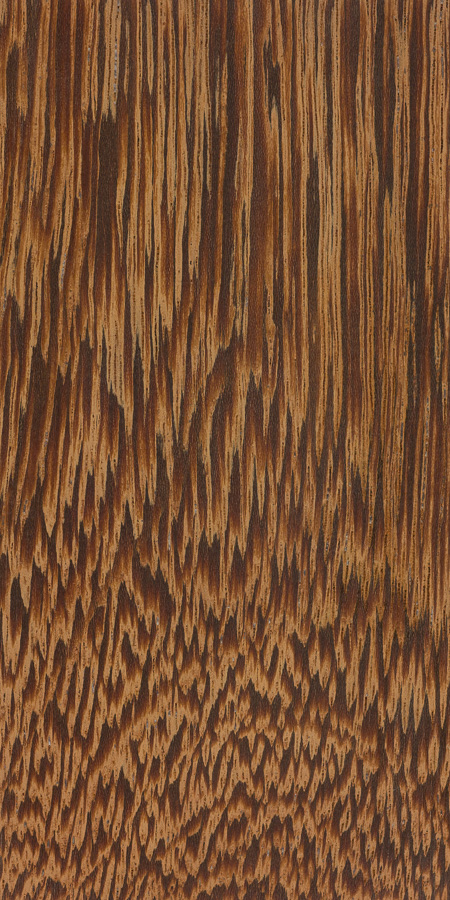 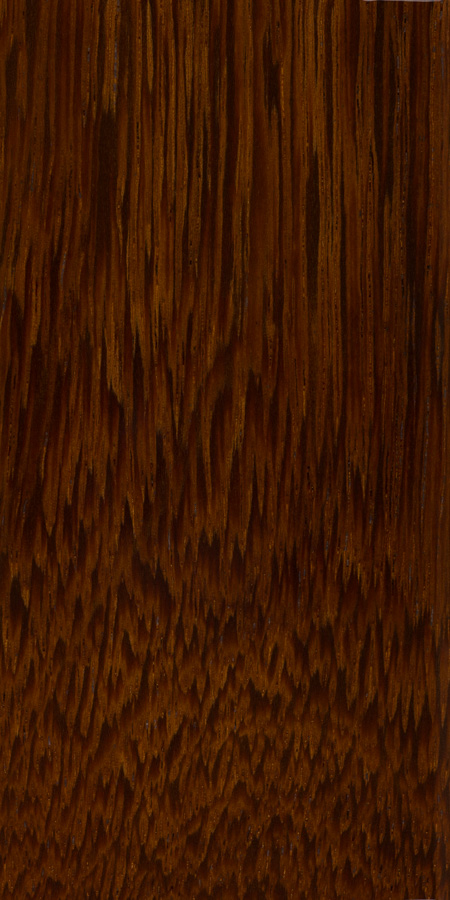 Though the Andira genus contains about 50 different species, there are only a handful of commercial species, all of which are sold interchangeably as partridgewood. Far and away, the most common is A. inermis, but other species sometimes harvested include A. coriacea and A. surinamensis.

A closely related genus is Vouacapoua, which contains only one species, V. americana, sold commercially as brownheart.

Found a piece of drift lumber on a beach in the Falkland Islands. It’s quite dense (only just floats) and hard (I can barely make an impression under hard thumbnail pressure). Given my location and the physical properties, I suspect it’s partridgewood. Having said that, it might have fallen off a ship and could have come from anywhere in the world. What do you think?

If by partridgewood, you are referring to Andira inermis, I don’t think that is what it is. The parenchyma is not extensive enough, and there are too many pores per square mm. To me, it looks most like eucalyptus species. It’s possible it could be a plantation species from the area.

Ok, I hadn’t even thought of eucalyptus, but that would make sense. Thanks and congratulations on an excellent website!

Hi! Can you clarify – the second name of Angelim, is not a typo? Can Angelin? And the Angelim is already there – https://www.wood-database.com/angelim-vermelho/

I’m not sure exactly what the word angelim / angelin translates to in English, but its a very common word in a lot of wood names of South America. Another species that uses this name is Hymenolobium excelsum. That’s why it’s always best to specify the Latin name, especially when dealing with wood outside of one’s own country or region.