Color/Appearance: Color can range from a light pinkish orange to a deeper reddish brown. Color becomes darker upon prolonged exposure to light. Well-defined sapwood is a lighter yellow.

Grain/Texture: Grain is usually  straight, though occasionally interlocked. Texture is coarse and uneven, though with a pronounced natural luster.

Rot Resistance: There are many conflicting reports on Chinaberry’s durability. The heartwood is generally considered at least moderately durable, and somewhat resistant to insect attack.

Workability: Due to it’s moderate density and generally straight grain, Chinaberry is quite easy to work: it cuts, planes, sands, and glues well. Perhaps the only difficulty is in its large pores, which tend to give a very open and grainy finished appearance, which may need to be filled, particularly if a smooth glossy surface is desired. (Though if left as-is, it serves well in applications where a rustic look is desired.)

Allergies/Toxicity: Although severe reactions are quite uncommon, Chinaberry has been reported to cause skin and respiratory irritation, as well as headaches. See the articles Wood Allergies and Toxicity and Wood Dust Safety for more information.

Pricing/Availability: Not commercially available as lumber, Chinaberry is mostly restricted to smaller-scale and hobbyist uses. Most pieces available in the United States are not imported, but are harvested from (introduced) locally grown trees. Prices should be moderate for such a specialty species.

Comments: Sometimes called “Persian Lilac,” though the name usually rather refers to a hybrid lilac in the Syringa genus. Chinaberry is not closely related to true lilacs, but is rather related to the various types of Mahogany in the Meliaceae family.

Chinaberry is a potentially commercially valuable timber tree throughout its natural range in Asia, though perhaps under-utilized and under-appreciated. Chinaberry has also been introduced in the southeastern United States as an ornamental tree, though it’s now considered by many to be an invasive species.

Scans/Pictures: A special thanks to Mike Leigher for providing the wood sample of this wood species.

This is a coffee table I made and entered in our state fair, made of old growth Chinaberry. The color is wild and I absolutely love it. Apparently the judges did too. I won best in show. ?? With that being said, I do not agree that it’s easy to work with. You have to do so much work to make it even, to sand the pores and build a shine. Plus they naturally rot from the inside out, so you have to stabilize that too. However, I feel that it’s worth it and a highly underrated wood.

Not sure why the image didn’t attach to your comment, but I believe this file is what you were trying to share: 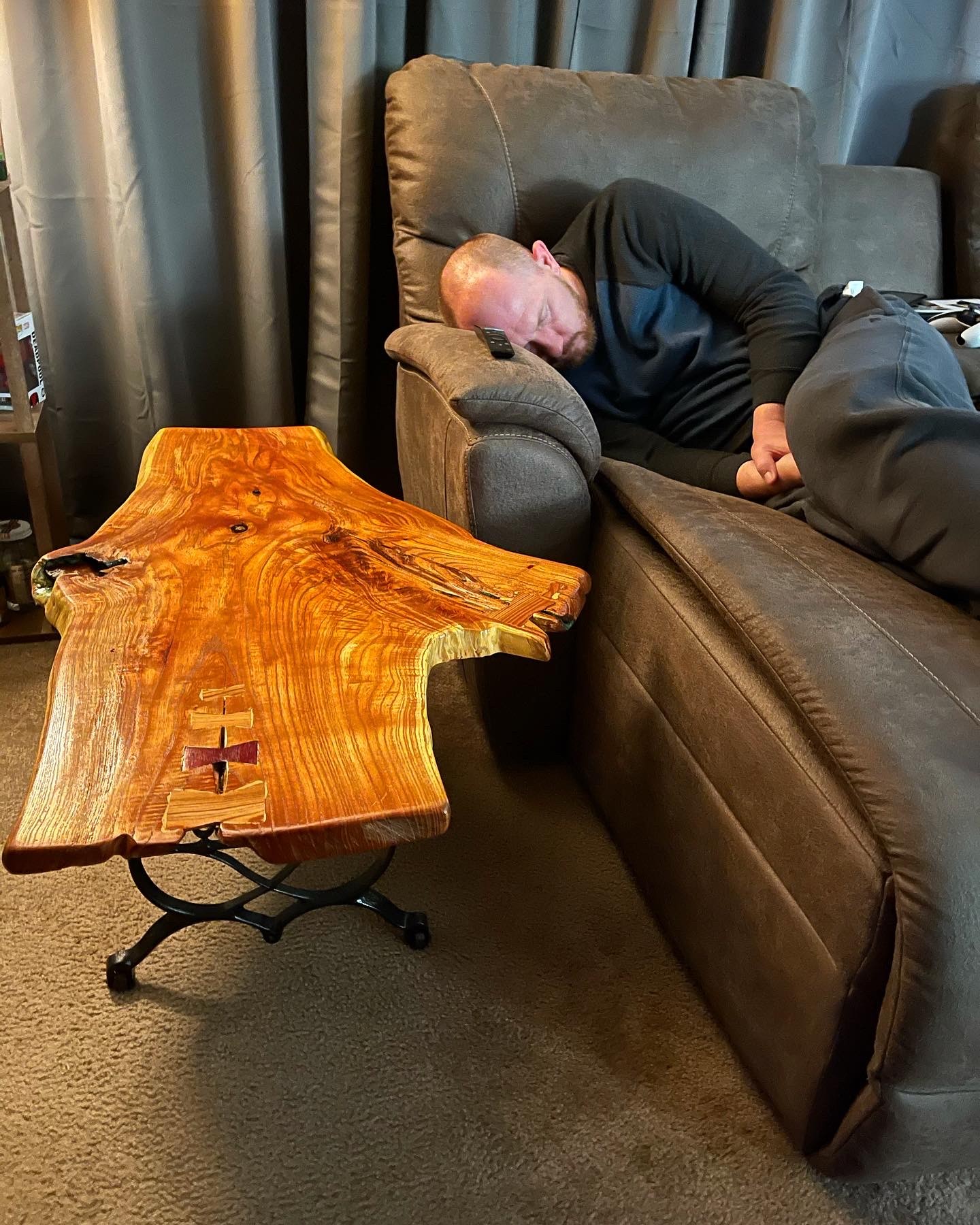 I have a handcarved chinaberry rocking chair that is over 140 yrs old made by one of my great (?) uncles. It’s definitely a keepsake to me. I just moved and it’s in my storage at the moment.

I bought a chinaberry plank which was harvested and milled from a ranch in Weir TX,, roughly 12” wide, over 4/4 and about eight feet long. Thought it was going to sand with open pours, but out of thickness sander it has a sheen and seems denser than listed. It’s actually beautiful with darkened grain and light fibers but a medium blending which looks and feels denser than I predetermined. I’m thinking I’m going to go back and clear that mill out. Perfect for these bass guitar bodies

Chinaberry is an invasive species I have only known for the tree, the fruit is a giveaway as it looks like ceramic balls ~1/2 inch Diameter. Like Norfork Island pine, it is susceptible to breaking in a hurricane as thus a hazard near houses or other structures.

This tree grows for miles in Central Florida along old railroad tracks. The bark peels off like a banana. Very easy to work with.

My Mother has one in her field that is over 50 years old.

I have a large bowl made from a China berry wood. The wood has been dried, sanded and treated with mineral oil once a month. The bowl I will be used to make biscuits. I’ve been told that the wood is still poisonous. Is this true?

I live in deep south Texas, Chinaberry is an unwanted invasive here We chop them down randomly as they pop up. After finding this nice grain pattern I may just mill my own and see what sort of things I can create! I will return and post photos if I go through with it!

I am working with some Chinaberry right now and am finding it has an odor similar to a well stocked humidor.

Hi les, I’m curious how you identified that it is in fact Chinaberry. It should not have much of a scent when sanded or cut/planed. But if you are using a table saw, then perhaps.

Does the end grain look like this? How about the face grain?