Workability: Overall easy to work with both machine and hand tools. Care should be taken on quartersawn surfaces with interlocked grain to avoid tearout. Turns, glues, and finishes well.

Odor: Has a characteristic odor similar to vanilla when being worked.

Allergies/Toxicity: Besides the standard health risks associated with any type of wood dust, no further health reactions have been associated with cerejeira. See the articles Wood Allergies and Toxicity and Wood Dust Safety for more information.

Pricing/Availability: Commonly available as both plain and figured veneer (usually crotch or wavy grain). Also exported occasionally as solid lumber and turning or craft blanks. Prices are in the mid-range for an imported hardwood, though figured pieces can be much more expensive.

Sustainability: This wood species is not listed in the CITES Appendices, but is on the IUCN Red List. It is listed as endangered due to a population reduction of over 50% in the past three generations, caused by a decline in its natural range, and exploitation.

Comments: For commercially exported cerejeira, the wood is most often seen as decorative veneer—sometimes as crotch veneer. Figured pieces with interlocked grain can resemble satinwood, and the wood is sometimes sold under its genus name as its common name, amburana—a word relating to the amber-like wood of the tree.

Images: Drag the slider up/down to toggle between raw and finished wood. A special thanks to Steven Ondich for providing the crotch grain wood sample of this species. 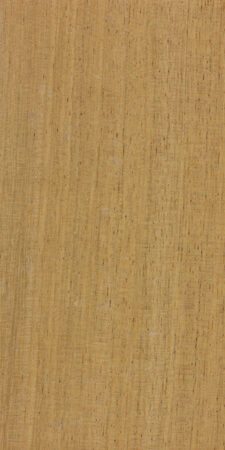 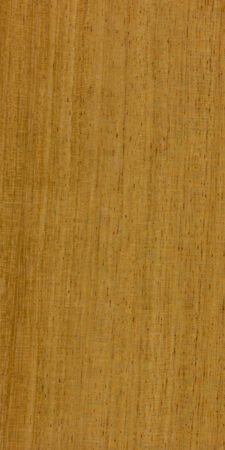 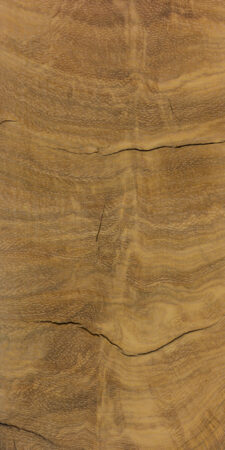 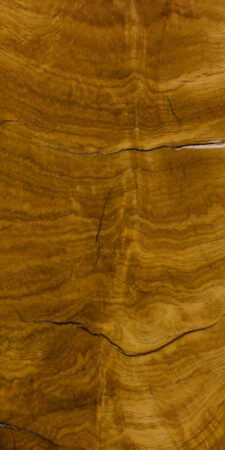 Lookalikes/Substitutes: Appearance is similar to species of satinwood.

Notes: Heartwood fluoresces under blacklight. Between the fluorescence, unique scent, and extensive confluent parenchyma, cerejeira usually has enough distinct features to distinguish it from the multitudinous other diffuse porous tropical hardwoods from South America.

The Amburana genus contains only two closely related species, A. cearensis and A. acreana—both of which are sold as cerejeira.